Last night, we had to shift gears, moving into prevention mode. As I was inspecting our corn patch, to check on the plants’ progress and assess the silent presence of the nefarious corn borer, I noted some damaged stalks scattered throughout the patch, lying on the ground, felled at the base, unfinished cobs still intact. Clear signs that a skunk has been inspecting the corn, too – taking stock of the all-you-can-eat buffet to come. On the long list of farm pests, the skunk ranks lower than some, even though the havoc it wreaks can be appreciable over time. The skunk is a funny animal, with an ambling and erratic gait, and very poor vision, to boot. In truth, however, the pest I lose most sleep over and against which I will go to great lengths to defend my cobs is the racoon, master of woods and fields, imho. Far more intelligent than his stinky cousin, the raccoon doesn’t waste precious time in an immature cornfield. He bides his time until everything is ripe, then invites all his friends to a private corn husking party. So I have just decreed that this week will be Corn-Thieving Raccoon Prevention Week. While we’re at it, we’ll make it Blueberry-Stealing Bird Prevention Week. So, as you will have understood, protective electric corn fencing will be going up while blueberry netting will be coming down. 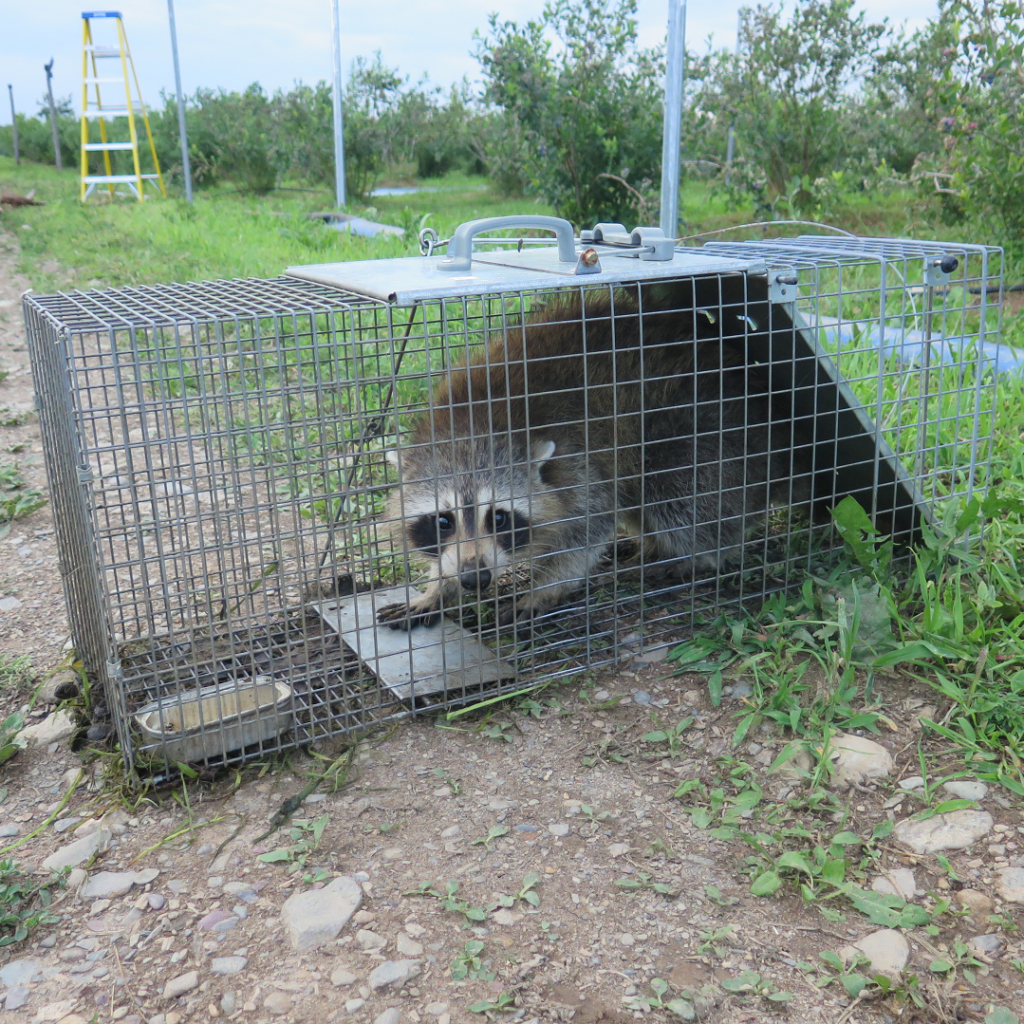 NB: This masked corn thief was transported some 10 kilometers from the farm to a large wooded area where he was released

Back to our veggies : yet another week of bountiful greens, with a hint of summer vegetables to come. In addition to the now-abundantly yielding summer squash, you’ll also find beans and cucumbers in your baskets. I bid you to be patient : our tomatoes are coming along nicely, the same goes for our eggplants, and the pepper flowers are blooming. A full week of sun should make all the difference and would allow us to begin to load your basket with genuine summer fare. Keep your fingers crossed.