The word sage is based on the latin salvus, meaning “sane” or “safe.” Indeed, across the ages, this herb’s fuzzy leaves have been the source of all sorts of healing products. Because of its potent taste, sage is often neglected by the common cook but rightly used, it brings a very specific deliciousness to all sorts of dishes. Our friend Laure suggests this site (the Spruce EATS) for ideas re how to store and use our wonderful organic sage leaves, including 3 recipes: 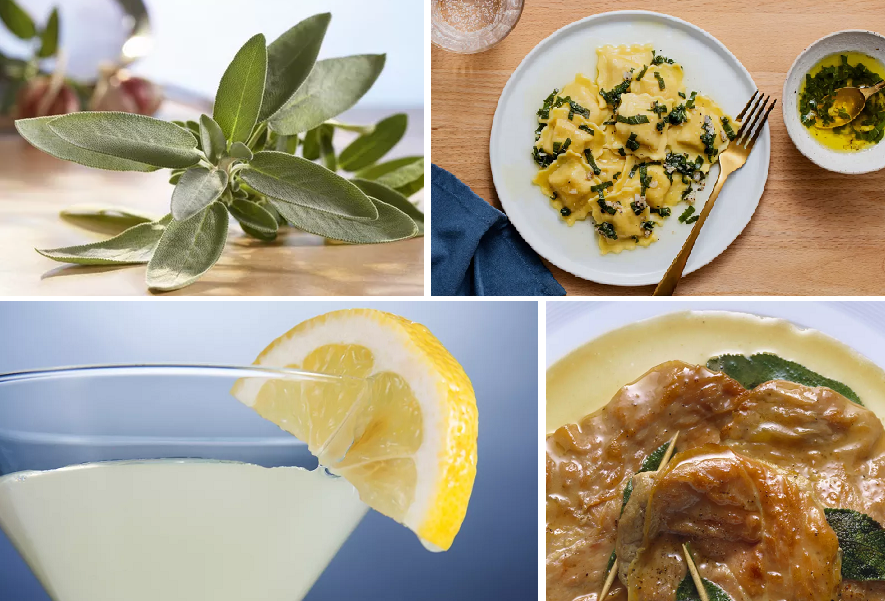 Laure also drew up a short list of classic sage recipes for us to share here. Because her list was from a website that was not so accessible, using it as inspiration, we did some research of our own, searching for readily available online versions. Here goes. May you also be inspired.