It’s almost mid-season already, so both a review of what’s passed, and a preview of what’s to come, seem appropriate. As you may have noted, the first half of the season was not easy, successive heat waves and droughts having wreaked some havoc in the fields in May and June – particularly in our brassicacea beds where the flea-beetles feasted on almost everything, while our lettuces and beans were overrun by leafhoppers and our cucumbers wilted in the heat. As a result, you’ve seen far fewer of these vegetables in your baskets than usual. The same meteorological conditions also stressed our solanaceas (nightshades) pretty solidly : as a result, our peppers and tomatoes have been much slower to ripen than is their custom.

The good news, though, is that things are slowly returning to normal and we are anticipating a more clement second half of the season – firstly with welcome rains, secondly with the gradual, but thankfully certain, disappearance of seasonal pests. They have yet to depart, but within a few weeks the chilly nights of late August will be their signal to burrow back underground. 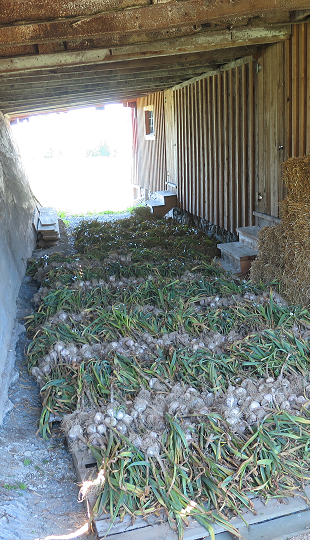 Almost surreptitiously, we have harvested all our garlic; we will be offering it up in your baskets several times over the balance of the season.  We’re also readying ourselves for our Italian (paste) tomato harvest on or around the third week of August – stay tuned.

Beets and carrots are on their way, most likely arriving within a couple of weeks. Two significant vegetable families will be making their appearance soon – namely, our conservation onions and our winter squash. Typically, they are harvested in late August, early September. They’re great fun, we harvest quite a few varieties of both which we are looking forward to sharing with you.

We are continuing to plant seedlings – for our fall harvests – which include ou last beets, our fall lettuces and many leafy brassicaceas which will be happy to see cooler temperatures begin to prevail. This year, we will be continuing our autumnal forays into leafy Asian greens, rapas, junceas, and more – we’ll tell you more about them in due course.

In closing, corn is upon us. Our fingers remain crossed (we wouldn’t want to jinx the next few weeks’ harvest), but we seem to have won our battle with the raccoons this year, thanks mostly to a pretty mean electric fence. Indeed, there will be cobs in your baskets this week. 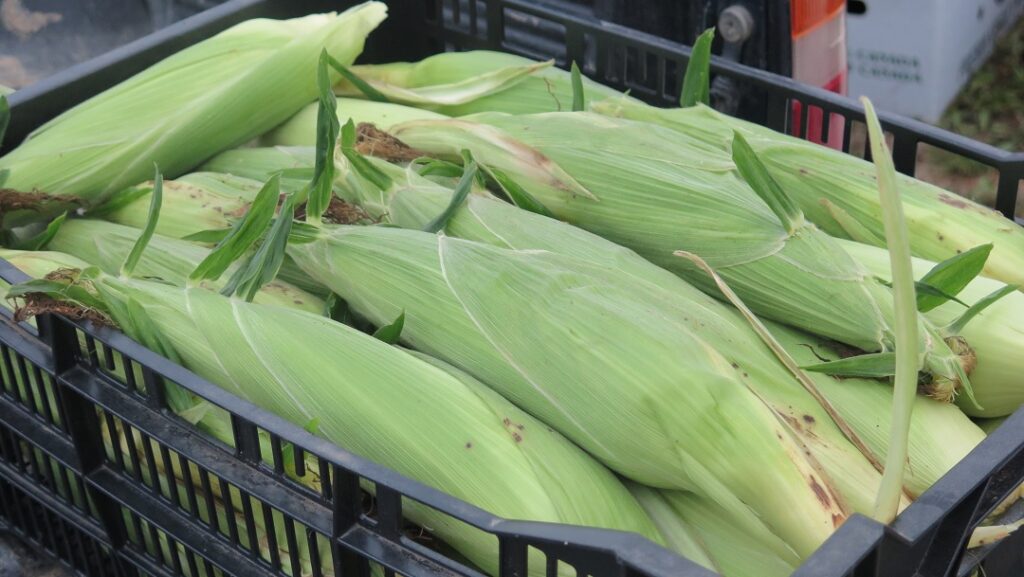