2015 ended just as busily as it started. The last two months of the year are usually quieter, but not this year, as we scrambled to complete the installation of our new greenhouse and to build an observation deck on the foundations of an old bridge that used to straddle the river that runs through our fields. We finally got the greenhouse raised, all 32 by 200 feet of it, and the base electrical and computer wiring in; already we’re planning production to include a variety of greens, asian and other, cucumbers and much more. Although unheated, it should eventually allow us to start the season a little earlier. 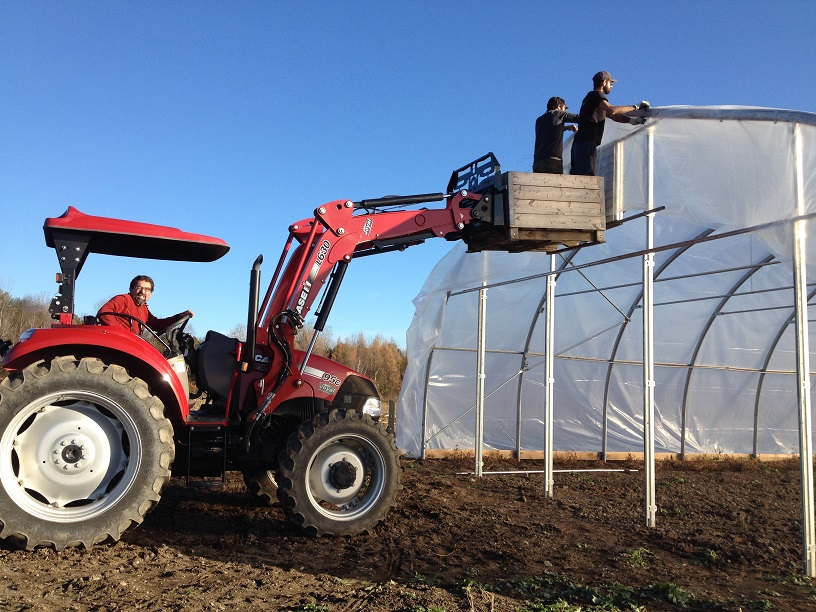 The deck, or platform as we like to call it, is a project we’ve been waiting to complete since our early days at the farm. We had to call on the services of a local crane operator to install the h-beams and ordered a lot of wood to build it out, but construction went off without a hitch. We can now cross over the river from one field to another without it becoming an expedition. Had it not been for the clement weather we had in December, said platform would not have been built until much later this year. And now, as we settle in to hibernate and await the snow, we wish you a nice winter and a new year filled to the brim with good things. 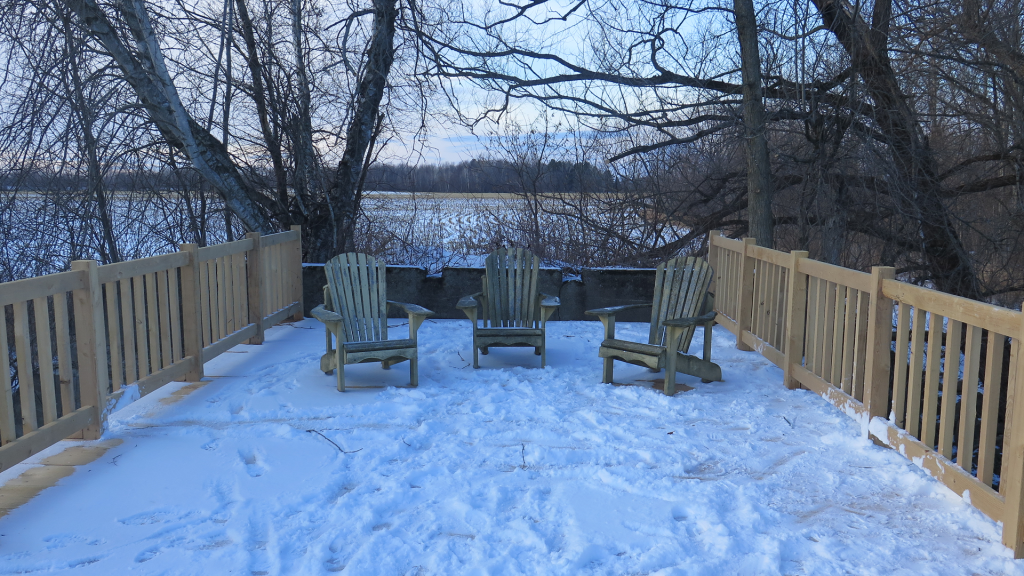