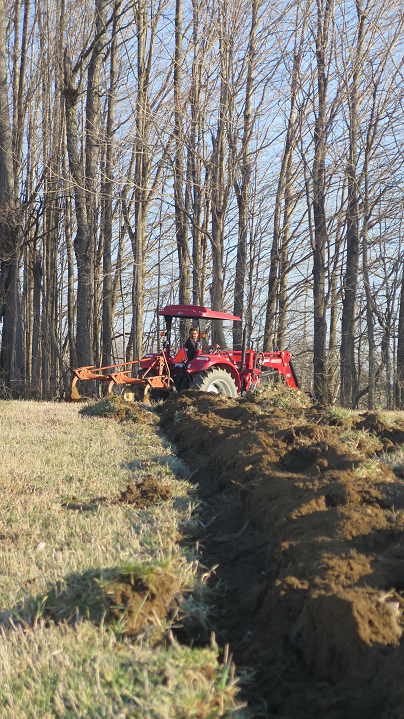 ‘Ploughing and pasture are the twin paps of French prosperity.’ So said Sully, friend and minister of French king Henry IV. This week, we put his words into action. In fact, given increased production this year, we are in the process of re-claiming fields previously dedicated to growing hay. Ploughing under a hayfield is something we haven’t done in a while. Indeed, ploughing, period, is somewhat frowned upon in organic circles. It’s deemed too aggressive; organic farmers prefer softer, kinder approaches for soil preservation. I’ll save the topic for another e-mail, another time. The thing is, there aren’t many options for a hayfield – ploughs and other heavy equipment generally carry the day. IMHO, ploughing is the lesser of two evils. You plough once, you harrow twice, then you install permanent beds which you hope to keep for years. And that’s exactly what we did this weekend – the weather was such that it would have been foolish not to seize the opportunity to do so. In our seedling greenhouse, the seed trays are already green, our tomatoes have taken, as have our green peppers, our snap peas and our beets. 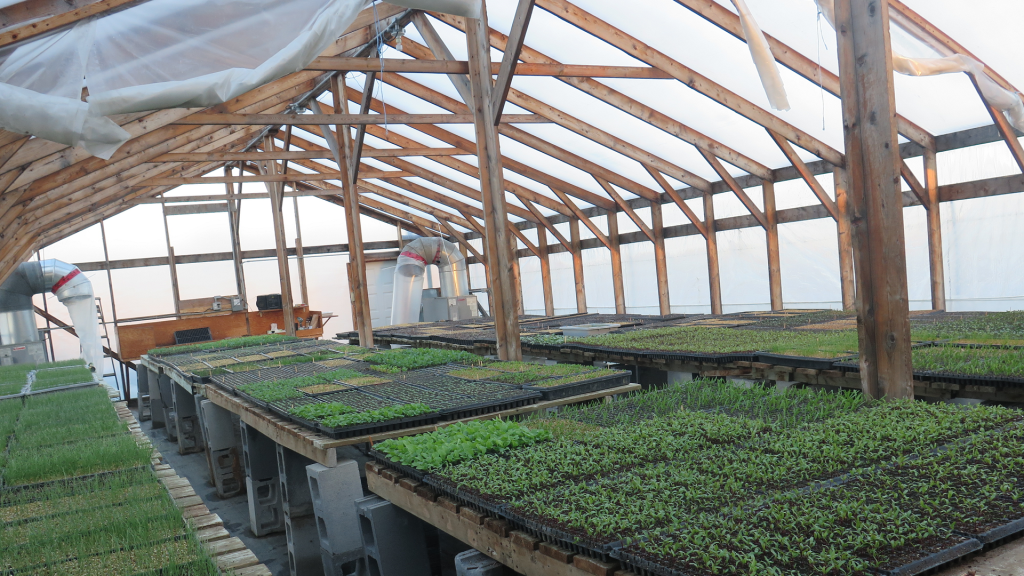 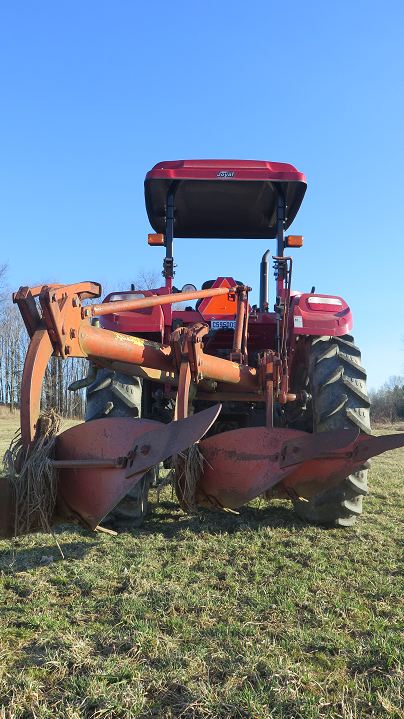 Meanwhile, online registrations are continuing apace. If you haven’t registered yet, don’t wait until it’s too late. Our website has been completely revamped in order to streamline basket registration and to allow for extra orders of vegetables and fruits throughout the season on a new platform. The season will run from the beginning of the week of June 13 to the end of the week of October 23rd — a total of 20 weeks. Yet again, we will be offering two basket formats (small and large) and as wide a selection of vegetables and fruits as in previous years.

This year, we will be partnering with a local baker, Stanbridge East newcomer Ghislain Despatie, with a view to offering you mouth-watering organic breads, made with ancestral organic grains.

We’ll also be introducing a special offer in response to requests from some of you: a plant sale for those of you with vegetable patches, or herb gardens, of your own. We’ll post a list of available plants in a few weeks, based on our extras. We look forward to seeing you all again this summer.